After the lengthy scandal of Tiger Woods along with numerous before him, I thought we might get a break from the sad acts of high profile men. Nope. We got a simultaneous bonus in 2011 – a movie actor and a government official. With the Terminator's recent admission and the IMF Frenchman’s arrest, I felt a compulsion to revisit temptation and the seemingly endless decline of the “Family Man”.

The former Mr. Olympia and Governor of California, Arnold Schwarzenegger recently admitted to fathering a child outside of his marriage over a decade ago. His act was not surprising with his reputation of behaving badly with women. While a man should be innocent until proven guilty, Dominique Strauss-Kahn’s (DSK) life and career have been damaged forever with the rape allegations against him in New York City. His reputation with women is equally as disheartening as The Terminator's. DSK’s lawyers have suggested that if something did occur, it was consensual.

And it’s not only the powerful and privileged few who fall victim to these types of temptations. It occurs far too often in the lives of the common man:

1) A man with children (Mr. X) was unhappy in his marriage and nearly at his boiling point. Instead of confronting his wife about his displeasure, he decided to take the easy route out by having an affair. The unbelievable part of this story is that he knew the husband of his mistress yet decided to still play with fire – occasionally meeting her in his own home!

To make a long story short, the mistress became pregnant yet never delivered the baby. Mr. X is still married to his wife and seems much happier today. He was extremely lucky to get out of that situation relatively unscathed. At least he was smart enough to have “voices of reason” (including me) so our advice may have helped.

2) An acquaintance without children (Mr. Y) was miserable in marriage for a variety of reasons. In addition, he was living in a place where support and/or advice for him were limited at best.

In his unbalanced state of mind, temptation was too strong to resist and he succumbed to the fruit of a younger woman. Unlike the man above, his mistress had the baby and his world was instantly turned upside down. It was only a matter of time before the marriage ended in a bitter fashion.

Some friends lost respect for this man. Before his bad behaviour, I would have never envisioned him in this predicament as he is one of the most likable, smart and interesting guys I have ever been around.

Why is it that some married men give into temptation so easily? I realize that many have made an unwise spousal choice or can't deal effectively with the compromises of marriage although that doesn’t excuse throwing “caution to the wind”.

I’ve not heard of or seen many who had the courage to confront their spouse with their unhappiness instead of cheating. The few close friends who did, had a much better experience than the two aforementioned men. The truth may hurt a spouse although in the end, it usually is respected despite what circumstances may occur after.

We expect this type of bad behaviour on the hit show, “Mad Men” as Don Draper and crew make for good TV. In the real world, emulating the actions of the “Mad Men” posse is a true recipe for disaster.

--Confront your unhappiness with words to your spouse not adultery.

--Work hard on being a good man.

--Men, think of your wife and kids before acting stupidly. Think about the message you are sending to your daughter and/or son.

--Embrace “Integrity” in your life.

--Think before you act.

--Men, stay close to the values taught by your parents.

--For those men or women who desire biblical inspiration, below is one of my favorite quotes – profound advice that I read on a consistent basis.

Run from anything that gives you evil thoughts.....but stay close to anything that makes you want to do right.
- 2 Timothy 2:22 (Living Bible)

--Men, can you honestly call yourself a “Family Man”? Most in my inner circle can which I am grateful for. If you can, are you living up to your expectations? If you can’t, what are you doing about it?

--Are you a “voice of reason” or an enabler to those friends around you who display this bad behaviour?

Finally, you can find my poem on temptation at the link below. The person that inspired it continues to inspire me as he has become a man I am proud of.

Including the word "family" in the original version might have enhanced the poem. If I had, the ending would have flowed like this:

Falling for the flesh
A pattern so hard to fight
If it came back to bite you
Would you then see the light?

Don’t fall for it.

Over the years, I have called myself a “Family Man” to a select group of friends in order to convey my top priority and promote the values associated with it. At first there was some laughter but it soon became clear that the term was something I was proud to associate myself with.

I don’t want to the see these important words (Family Man) become a running joke although sometimes it seems like they already are. 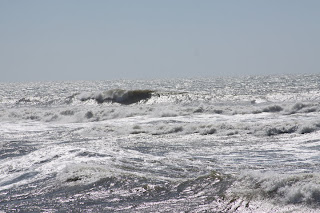 The "Sea of Temptation" is vast and often filled with serious consequences
Posted by Gswede at May 23, 2011

Hello GP, I wanted to add to your latest blog - but didn't. I have been saying for about a year about what drives our society, evil, wrongs and corruption. Here is something to consider.

It all started with the first original sin. The apple... which leads to knowledge of nakedness and sexual temptations. Think about all the downfalls of men - most of it is the temptations of sexual gratitude. Yet there is nothing wrong with temptations. We are supposed to have them everyday.

Temptation - itself has to be something you really really want. It has to be so enticing you will even consider it even if it means losing everything.

Most temptation is of the flesh, but there are many others - money , power, euphoria in sedation of drugs. Then there is the challenge of not falling to temptation - you feel good you were there, but you passed it up and did the right thing.

Look at our media and our culture and how we are reminded of temptations ever day all day long. As you know and i have told you of my own demons and how i have fallen and I have resisted. It gives me strength to know i have been married for almost 18 yrs and though i have flirted and pushed the envelope - but I have never slept with another woman during my marriage....knowing this also helps to keep faithful to my vowels.

I also think of who it will really hurt for some quick gratification. I will finish by quoting the last part of the Lords Prayer - "lead us not into - Temptation..." I take this literally - as not leading us INTO (a woman) the flesh of temptation. It will give a different meaning when you say the Lords Prayer.

There is much much more i think people do not consider while being married. but that's all for now... I hope you are well - I miss you.

George, you are an inspiring writer and a wondferful man, husband and father. This article was sobering, but also moving and reaffirming. Please keep putting out these sagacious thoughts for the rest of us to grow and learn. Be Encouraged.