The ‘Unexpected Guest’ at My Final High School Basketball Game

In what would turn out to be my last basketball game in a fun and stellar high school career (1000+ points in two seasons) in Central Pennsylvania, I was equally anxious and excited.

Anxious because I knew that our school (Central Dauphin East High) was facing a better team; one that would need me to perform beyond spectacular in order to win. The excitement came from envisioning a win, which would mean advancing to the State Playoffs – where the spotlight would shine the brightest.

Even playing one game in the playoffs meant that I (and my teammates) would receive significant exposure to colleges in that relentless chase for a college scholarship. Fortunately, I already knew that I could have my choice of many Division 2 & 3 schools, but my goal was to play at the top level – Division 1.

Unbeknownst to me, a man was in attendance that evening who would have a major impact on my life, both negatively and positively.

The game was hard fought and one of those battles where the obstacles to success never ceased. Our opponents were in control throughout the game and compared to our team, their skill and talent was superior. Being particularly focused, I went beyond my typical pace by being more aggressive and taking shots outside of my usual shooting range. I remember making one shot from beyond 25 feet!

I was on fire and played one of my best games of the year, but as I mentioned earlier, I needed to go beyond spectacular for victory. I never reached the higher level. As a team, we gave it everything we had, although the game was never in doubt for our opponent. We lost. It was a supremely disappointing defeat, but I had little time to sulk as my mission to obtain a free college education (via scholarship) was the top issue in my young life.

My collegiate choices were narrowed down to a handful of Division 1 schools, which I was thankful for. Despite scoring almost 25 points a game my senior year (before there was a 3 point line), I didn’t get the exposure that kind of scoring average would receive today in our social media world. In addition, not being able to compete in the aforementioned state playoffs was a critical missed opportunity to showcase my talent to colleges.

During my decision making process, I was surprised to find out that the Head Basketball Coach at the University of Vermont (UVM) was the person at my final game. When I heard the news, I could only smile as I knew my performance that night had to impress him. The fact that Vermont was my top choice made the moment even sweeter.

I signed my letter of intent (scholarship) to UVM, at my home, in the spring of 1982. My parents and the Head Coach were in attendance and our picture appeared in the local newspaper. As a 17 year old, I couldn’t have been more satisfied. Since I was 11 years old, my dream was to go to college for free and play basketball. All the hard work, sacrifice and discipline had paid off beautifully.

The decision to go to Vermont was one of the best choices I ever made. I wrote about it a few years ago in the below passage and article.

“College should be one of the best times of your life and provide moments which are hard to equal in the real world. It was for me and many of my 1986 classmates. I still find myself randomly reminiscing about the abundance of great (and often glorious) moments at UVM.

Outside of my time on the basketball court as a student-athlete, there was rarely a dull moment, whether it was a private event, hanging out in downtown Burlington, a fraternity party, a random dorm gathering, the energy of a hockey game, the often bitter cold temperatures or simply vibing with someone before or after a class. Being an athlete gave me a unique and privileged view of a variety of experiences, which I appreciated and soaked in as much I could.”
(UVM - Still Exceeding Expectations)

Unfortunately, my 4 years of basketball was ‘okay, during the best times and ‘miserable’ at the worst. It was primarily due to the same Head Coach who gave me the scholarship. He should have never been hired in that role as he was ill-prepared for such a challenging job, although that is a story (or book) for another day. He resigned (but had no choice) my senior year with the strong support of several key college faculty, instrumental supporters and 10 of our 12 team players.

Despite the basketball chaos, I couldn’t have asked for a better college journey. I’m thankful for being able to attend our wonderful university. And if my coach wasn’t at my final game, I may never have had the sizzle and thrill of UVM; years that helped me grow wiser, endure and learn from immense struggle (basketball) and experience joy beyond my wildest dreams.

Those Burlington, Vermont years were the catalyst for my early life success and they continue to pay dividends to this day. Without that scholarship, I doubt the road would have been paved so smoothly for me to live in New York City, Sweden, Belgrade and Tokyo, along with travelling to many places throughout the world.

UVM encouraged me to dream big. And I’m still dreaming. 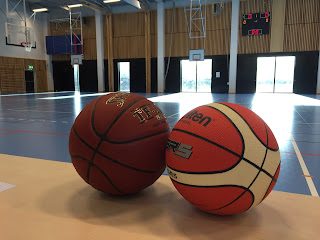