Feliz Navidad from the warmth of San Miguel, Mexico.  The temperature is absolutely perfect and I’m grateful to be relaxing in the comfort of family.

My holiday words are simple yet very important to one’s well being.

In 2012 and beyond, try to do the things you enjoy in life. Don’t put off the travel or passions or whatever you desire.  Put yourself FIRST (if only now and then) thus being better able to enjoy the beauty of life and tackle its challenges.

Embrace the family and friends who enhance your life NOT those who lessen it.

Keep the struggles of those less fortunate top of mind along with those dealing with the hardship of the global financial crises and the brave soldiers (throughout the world) fighting for freedom.

In addition, give of your time or money in whatever capacity you can.  Try to mentor our youth in some shape or form, whether they are a family member or someone close to you. Lending a helping hand to only one young person could change that life forever!

Be thankful for what you do have even if it is not what you desire. I love this quote:

Remember to evolve or enhance yourself in the new year, like being more patient.  One who doesn’t consistently evolve throughout life can miss the wonderful moments revolving around them.

Don’t forget that nothing is more important than your health. Nothing.

Have a great holiday season and a vibrant 2012. 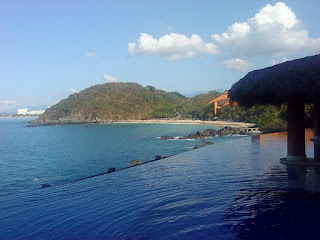 The pool view from our condo in Mexico!

Friend to Friend – The Truth Hurts (and Helps)

Friends should be honest with each other, especially with those who are LAZY or not showing enough GRIT in life or MISGUIDED or UNPRODUCTIVE or NOT living up to their potential.

For years with one friend and recently with another, I've attempted to provide a 'wake up call' since they haven’t come close to fulfilling their potential.

The first has taken the constructive criticism and advice well over the years but not the second man.

I have very little faith left in the first man as he has shown zero progress despite good counsel and love from many.  He has had well over a decade of going further and further into the abyss, often chasing one misguided dream after another. He is a dear friend to me and a few in my inner circle although I believe most are getting tired of his unwillingness to find a normal path in life.  His pattern has not worked for a long time so a change is much needed.

It’s important to note that he’s had major success as an American living in Europe - one of the first to move abroad in our core group.  I saw the sizzle daily when I visited him in the 1990’s. It was one of the best European weeks of my life!  Ever since he returned to the USA, that high life has evaporated. It’s a shame as he had what it took to survive and thrive in Europe (not easy to do), yet those qualities have failed to bloom in the USA.  I’ve written about him on several occasions and you can find the articles at the links below:

2nd article - After a Wake-Up Call...Inspiration for a Friend

3rd article - A Lesson in Humility

The second man lives in Sweden and is a good friend who has helped me in several projects. He’s smart, charming and good with kids. In addition, he has a kind heart. By his own admission, he didn’t focus in high school as a star athlete, which probably cost him a top sports scholarship. One of his coaches thought he could have been a professional baseball player.

He’s had success in various European countries with his sports background although I haven’t seen the high energy, supreme focus or effective networking in Sweden – character aspects vital to success in this country. In my opinion, he needs to show more grit and embrace the Swedish culture better than he has. He doesn’t seem to give people a chance to see those qualities other than those close to him.  It’s almost as if he puts up a protective shell when in the company of Swedes or those he doesn’t know.   Without networking well in Sweden or showing one’s true character, it’s almost impossible to succeed at a high level.

It was tough for him to read my recent emails although all the correspondences were sent because I care and want to see him do better. He will understand this more clearly over time.  I expected his defensive reaction as he has never taken kindly to constructive criticism, which probably means he never had much from those close to him.

I’ve never been afraid to speak my mind to a friend, push them to be better, give advice or tell them when they were wrong. Fortunately, my close friends have treated me the same way. Although nobody would say (I hope!) that I am not living up to my potential, there have certainly been moments where the GRIT wasn’t good enough or the effort wasn’t as strong as it should have been……. and friends let me know about it.

There were a few who boldly got in my face and told me to “shape up” or sometimes used harsher words, which was exactly what I needed.  If not for their concern and love, my success in life might have been much less. Their timely input was spot on each time and I’m wiser because of it.

Friends need to push each other to be better because if not, who will? Do you tell your friends things they don’t want to hear?  The truth often hurts…BUT don’t be afraid to tell it to your friends or anyone you care about, particularly if they are not living up to their potential or not going about life in a productive manner.

These two men should be “shining lights” and they have had some moments in the sun. The first man is only a flicker of light these days, sometimes barely seen. The second has a chance to climb to the brightness only if he is bold enough to show more grit, come out of his shell, embrace Sweden and work harder than he ever has to find a quality job or start his own business. The world is his oyster.

It all comes down to choices.

Will they choose to have a HO HUM life or choose to let that inner beauty flow and live life at a minimum, close to their potential?  I’m optimistic for the latter. 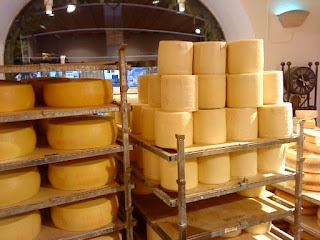 A wonderful cheese store in Lund, Sweden.
Posted by Gswede at December 19, 2011 No comments:

Not long ago, I had two productive days on universities several hours apart.

It was late on the second day and my train was departing in 35 minutes. I thought about talking a lazy walk to the train but then said to myself, “why not make one final call?”

I picked a random door and knocked.  The woman I met was affable and glad to see me despite the time.   I quickly uncovered her main need – an entrepreneurial textbook for hundreds of students. An added bonus was that this meeting was the most enjoyable one of the day.

She wasn’t happy with her current textbook (my main competition) so I presented her with a few options. After further investigation back in my office, I later found the perfect book for her needs and sent a copy immediately.

She has a few weeks to make her decision and wants to consider all of her options, yet if I didn’t make that final call, I would have missed a golden opportunity. As a salesperson, one never wants to miss any chances to gain business, especially new business.

While sharing my story with a colleague, he described his ultimate “last call” via email:

Great news on that last call!!! I am a big believer in making that last extra call. I will never forget waiting outside of a guy's office in Stockholm (economics dept). There were lots of students outside his office all day, so I knew he must teach a big course but he wasn't in the database. Finally at just before 5 I stopped by again and the students were gone. He was still there and I knocked on the door. After a brief intro he said "you are either psychic or very lucky because I was just given a new course today for 350 to 500 students and we need to use 2 books." It was a microeconomics course for law students so they picked two of our books;  I DHL'd him the books and that was that. So sometimes that last call can be the best of the day! Great job giving that extra effort! I hope you get this one!

We (salespeople) should try to make that last call as often as we can. One never knows what great success may be waiting behind an unexplored door.

I made my train that day with only a few minutes to spare. Even if I missed it, the opportunity I gained would have still been worth it!

Although I didn’t close the business on the spot like the aforementioned colleague, my chances are high to gain this NEW business – business that would make a strong impact for me in 2012.

In my experience, last calls are rarely the best calls of the day although like in basketball, “if you don’t take the shot, you have no chance of scoring”! Life is What We Make of It

In the last few years, I was fortunate to come across the words of my friend Bryson.  As a writer, he is prolific and I appreciate his talent and dedication.

I particurlary like the passage below from his work called, "Life is What We Make of It":

Let's make sure we enjoy the moments, all moments.....each and every day.  Life is INDEED what we make of it.  The entire writing is below.

Life is What We Make of It

And work and play should bring both comfort and joy
You should do both with a commitment, passion and seriousness that defines who you are
In work and play you should see what makes you the person you are

Understand that whatever you do, can be one in the same if you focus on finding satisfaction in what you do
And through a satisfaction in all that you do
You can learn to reach your full potential and live life to the fullest
And you will realize that life is what we make of it 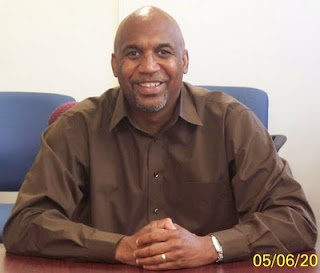