Whitney’s Voice – And the Most Important Lesson from her Death

It was a lovely day on the University of Vermont college campus.  Bill (teammate and roommate) and I were relaxing at our apartment, enjoying one of our rare days off from basketball practice. Unbeknownst to me, Bill had purchased Whitney’s first album after I mentioned it.

Upon first seeing the cover of her 1985 debut album, I remember thinking, wow, this woman is gorgeous!  The album design and colors were equally as stunning.  We couldn’t wait to hear it.

We quickly forget about the cover after hearing a few songs and focused on her magnificent voice. It was like no other - Powerful, Flawless, Soulful, Eloquent, Strong, Fierce and Tender.  Many of the songs were terrific including “You Give Good Love”, which is still my favorite Whitney tune. We knew that she would be a major superstar as I’m sure most people did who heard that first album.

A few years later, I had the pleasure of seeing Whitney live in Boston. The show was fantastic as she was near perfection despite the concert being outside. Her presence was joyful and that voice rocked the entire crowd from start to finish. People in the audience were deliriously happy as they knew this new talent was something special.

In the early 1990’s, I saw her show again. This time, the venue was Madison Square Garden (MSG) and she was a major superstar. Once again, the show was great and she was on top of the world. Her voice boomed brilliantly inside the walls of the World’s Most Famous Arena.

Before the show, I was given a few post-concert backstage passes. My guests and I were excited as I rarely got this perk even when I worked at MSG in the mid 90’s. When we got backstage, it was a scene like no other. The hysteria around Whitney was crazy.

We could see Whitney yet even with our VIP access, we couldn’t get anywhere near her. There were celebrities around us and near her along with fans that were overly excited. In addition, security wasn’t tight enough and not even close to what it would be today.

We were only able to get within 100 yards of the circle surrounding this twenty-something beauty. I’ve experienced numerous surreal moments although this was high on the list.  It was easy to see that this kind of chaos wouldn’t benefit anyone who had just poured their heart and soul out on stage. Whitney disappeared shortly after and finally the crowd began to disperse.

The final time I saw her live was in early 2001, when she appeared at a concert of Wyclef Jean’s at Carnegie Hall. My wife and I both remember how unhealthy and uncharacteristically skinny she looked.  By this time, she had been married to the troubled singer Bobby Brown for almost 10 years. She still sounded good that night though!

Since 2002, I only saw snippets of Whitney as her musical career was virtually non-existent.  There was a 5 minute TV clip on the ridiculous show of her husband called “Being Bobby Brown”.  Whitney was walking through a mall wearing sweatpants and clearly high on something. Sad was the only word to describe it.

The other moment was from an Oprah Winfrey show, where she gave the impression that she was clean and in full recovery from her troubled life of addiction.  In that interview, I felt that she was only fooling herself.  In addition, she was promoting her comeback album so she sang. Her voice was good yet not the Whitney I expected.

After a 2010 performance in Sweden, a friend (who had the misfortune of attending), described the show as “awful”.  As it turns out, my wife and I had the good fortune of selling our tickets to the aforementioned concert; being uninspired not long after purchasing them.

Whitney was one of a kind.  She had a gift that touched and impacted millions around the world.

When any life (famous or not) is taken away too soon, I always look for the lessons we can learn. There are many lessons including but not limited to:

1)      Every Decision (i.e. Bobby Brown) One Makes Has Consequences

Link to my article, "Mistakes - Responsible or Irresponsible?

Link to my article, "Voice of Reason"

The case of Whitney Houston is tragic yet not unexpected. If there is a positive with her death, it may be that she will now be remembered for her music and that golden voice, not the pathetic figure she became in the last decade.

These words from Whitney’s version of “The Greatest Love of All” are telling:

I decided long ago, never to walk in anyone's shadows
If I fail, if I succeed
At least I live as I believe
No matter what they take from me
They can't take away my dignity
(Written by songwriters Michael Masser and Linda Creed)

THEY didn’t take her dignity away. Whitney did.

More lyrics…..and in my mind, gives us the most important life lesson:

If only Whitney had adhered to those inspiring words and loved herself, things might have turned out differently.

Fortunately for us, her music will endure. 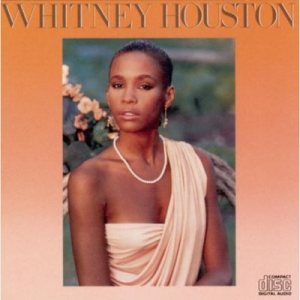 Give a Little TODAY, Not Tomorrow

Not long ago, I sent a small gift to a friend who lives in America. It was something that she could enjoy with friends or family.   I wanted to show my appreciation for her friendship and inspiration. In addition, she and her boyfriend are dealing with the ill health of a loved one which is never an easy task as my family has experienced in both America and Sweden.

We only met a few years back (2009) and I haven’t seen her since yet she made a big impact on me. We, and a few of her other friends often had weekly coffee together while I was on parental leave with my then 10 month old daughter. She also loves sports and her knowledge about teams is better than many guys I know! Those times were terrific and I was inspired to write an article about the experience. The link is below:

I’m only recounting this story to give you a small example of one way to impact a life in a positive way. It doesn’t take much effort and there are numerous ways to go about it.

Why not Surprise and/or uplift someone with the gift of GIVING this week?

Whether it is a short letter to a friend/spouse, a small gift, a smile, a compliment, a note of appreciation to a family member, a postcard to a former colleague, an unexpected phone call to an old friend, a spontaneous lunch invitation to someone you don't know that well or simply a heartfelt hug. The options are plentiful!

In our busy worlds, we sometimes forget about the small giving moments that can make a big difference in a person's life.

Often, these moments are the most precious. 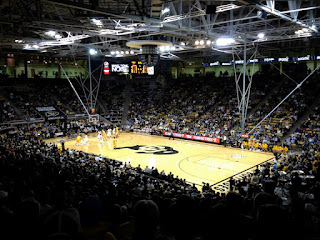 This friend loves sports - One of her pictures from a college basketball game.
Posted by Gswede at February 05, 2012 No comments: