I love quotes and came across this one recently:

Our greatest fear should not be one of failure but of succeeding at things in life that don’t really matter.
(DL Moody)

When a friend saw the quote, he wrote these words:

“No, our greatest fear should be getting a disease like cancer, having to bury your children or having a sad and lonely life. Who cares if you only succeed at things that don’t really matter as who decides whether they don’t matter?”
(GP Friend)

I don’t claim to know what DL Moody meant although a conversation I saw with Snoop Dog is probably a great illustration.

During his interview with Tavis Smiley (Snoop on Tavis), Snoop talked about how his “music wasn’t really saying anything as far as what really matters”.  Here is a man as successful as many top musicians saying that he has prospered with saying much. It was refreshing to hear his candidness.

His music is entertaining but he won’t have any current songs that people will be playing 100 years from now. He recently changed his name to Snoop Lion and is attempting to produce more meaningful songs.

This quote should make one think about the life they are living and if they are making a meaningful impact and/or contributing towards the good of our global world or just having a good time, with no thought to the impact, outcome or consequences. If Snoop was bold enough to confess, I’m hopeful that his honesty can inspire others; not just the famous.

It’s important that my success has meaning and I know it is to many of you. Most of the people I know are succeeding at things that matter although several aren’t, as they are only concerned with money, image or power – things if chased solely, don’t really matter in my opinion.

How one succeeds should matter.

Greed needs to begin to take a backseat going forward as we have seen the destruction it has caused worldwide. Can love, giving and compassion get a chance in the front seat? If not, the future of our complex and diverse world will be even more challenging than it is now. 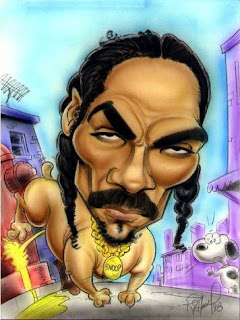