The Resolve of an Entrepreneur

I’ve helped or counseled numerous individuals over the years, both in life and business. This is the first time that I’ve worked so closely with an entrepreneur (also a friend) in terms of helping him succeed.

This individual has three things I like – Good Man, Great Mind and Steely Determination.

Good Man - Being a good man is something I pride myself on being and expect in others I lend a helping hand to. Despite the sometimes overwhelming obstacles he has been confronted with after moving to Sweden, his good man nature is intact.

Great Mind – After seeing him mastermind a well-attended fundraising concert for victims of a horrible tragedy, I knew he had what it takes to succeed as an entrepreneur. The speech he eloquently delivered after the musicians performed was powerful and confident along with presenting an important challenge to those in attendance.

In addition, I’ve had many private conversations with him on a variety of topics and he never fails to make me think or be interesting. He also has a savvy technological brain and a great view of what appeals to consumers.

Steely Determination – His current entrepreneurial project is exciting and timely, especially with the fast changing technology around the globe. The drive to start-up his company along with the discipline it takes to obtain investment has been nothing less than fierce. After two years of dogged pursuit, he’s very close to getting his first angel investor.

I expect great things from this man as his idea is one that a) should appeal to consumers on a broad scale and b) is in one of the world’s hottest industries – an industry currently in an infant stage compared to where it will be ten years from now.

He is crossing over a big hurdle (investment) currently although the challenge of building a first class company is no easy task and will probably be the most difficult thing he has ever done.

I believe he is destined to make a lasting impact in our society.

To achieve his dream, he has to believe in that destiny despite the jagged roads or dangling cliffs that may lie ahead. The level of his belief, strength of his resolve and doing whatever it ethically takes to make his idea shine among the masses will determine how great his company will be. 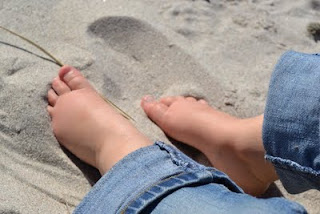 It's one thing to be an entrepreneur, and another thing entirely to be timely with a business idea. He's already succeeded in formulating his plans. The last puzzle piece is bound to find it's way to its rightful home.