Being “Average” was OK Before...(No Longer)

Throughout my life and career, I’ve been fortunate to be surrounded by many individuals who are above average.

They were not average in any sense of the word. Maybe more importantly, most perfected the art of having fun with their accomplishments.

It’s been a wonderful gift for me as I’ve been motivated to be as good as I could be in my career, as a human being and as a parent. Even when I have fallen short, there was never a lack of inspiration to get me back on track.  I also realized early on that by being around successful people and/or having quality mentors, would not only make life more enjoyable but also benefit me immensely as I chased my dreams.

The aforementioned thoughts surfaced because of a great article I read earlier this year, written by author Thomas Friedman. A passage is below from his column “Average is Over”:

Yes, new technology has been eating jobs forever, and always will. As they say, if horses could have voted, there never would have been cars. But there’s been an acceleration. As Davidson notes, “In the 10 years ending in 2009, [U.S.] factories shed workers so fast that they erased almost all the gains of the previous 70 years; roughly one out of every three manufacturing jobs — about 6 million in total — disappeared.”

With the way technology has rapidly blossomed and will change even faster in the future, it’s important for everyone (especially our youth), to embrace change and develop more than one set of skills.

In the past, workers with average skills, doing an average job, could earn an average lifestyle. But, today, average is officially over. Being average just won’t earn you what it used to. It can’t when so many more employers have so much more access to so much more above average cheap foreign labor, cheap robotics, cheap software, cheap automation and cheap genius. Therefore, everyone needs to find their extra — their unique value contribution that makes them stand out in whatever is their field of employment. Average is over.

The link to this timely and insightful article is below along with the author’s parting words:

In a world where average is officially over, there are many things we need to do to buttress employment, but nothing would be more important than passing some kind of G.I. Bill for the 21st century that ensures that every American has access to post-high school education.
NY Times Article - "Average is Over"

“Average” might have provided a good life for someone before although one thing we can all count on is that it won’t anymore. 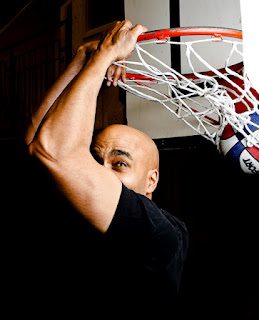 Gswede was "Above Average" in Basketball, thus securing a 4 year college scholarship! Along with Education, sports can take one a long way as well if one is willing to "Put in the Time".